According to Drug Enforcement Administration (DEA) authorities, global criminals, including rival drug-trafficking organizations, or DTOs, are increasingly using the same networks of professional brokers to launder their proceeds.

Because of its proclivity for violence, willingness to traffic all manner of narcotics, and ability to wash hundreds of millions of dollars in proceeds each year, the Jalisco New Generation Cartel, (known as CJNG, based on the acronym for its Spanish-language name Cártel de Jalisco Nueva Generación), has grown into one of the world's most dangerous transnational groups and expanded its operations into most Mexican states and several large U.S. cities in nearly a decade.

What is Cártel de Jalisco Nueva Generación or CJNG?

Cártel de Jalisco Nueva Generación (CJNG) is one of the world's top five most dangerous international criminal groups.  Since splitting from another cartel in 2011, the cartel has grown dramatically due to its propensity for violence and ability to recruit followers and sympathizers in small villages and economically disadvantaged areas.

CJNG has a strict command and control structure, employs extensive money-laundering tactics, controls some of Mexico's busiest and most important ports, and currently has a presence in at least 22 of the country's 32 states and continues to be led by founder Nemesio Oseguera Cervantes, alias "El Mencho". El Mencho is the DEA's most wanted fugitive, and the  US Department of Justice offers its greatest reward ($10 million) for information leading to his capture.

CJNG has key distribution centers in Los Angeles, New York, Chicago, Houston, and Atlanta, as well as a rising presence along the Southwest border and operations in many smaller cities and towns around the country. This is why it has become a significant priority for US Law Enforcement. 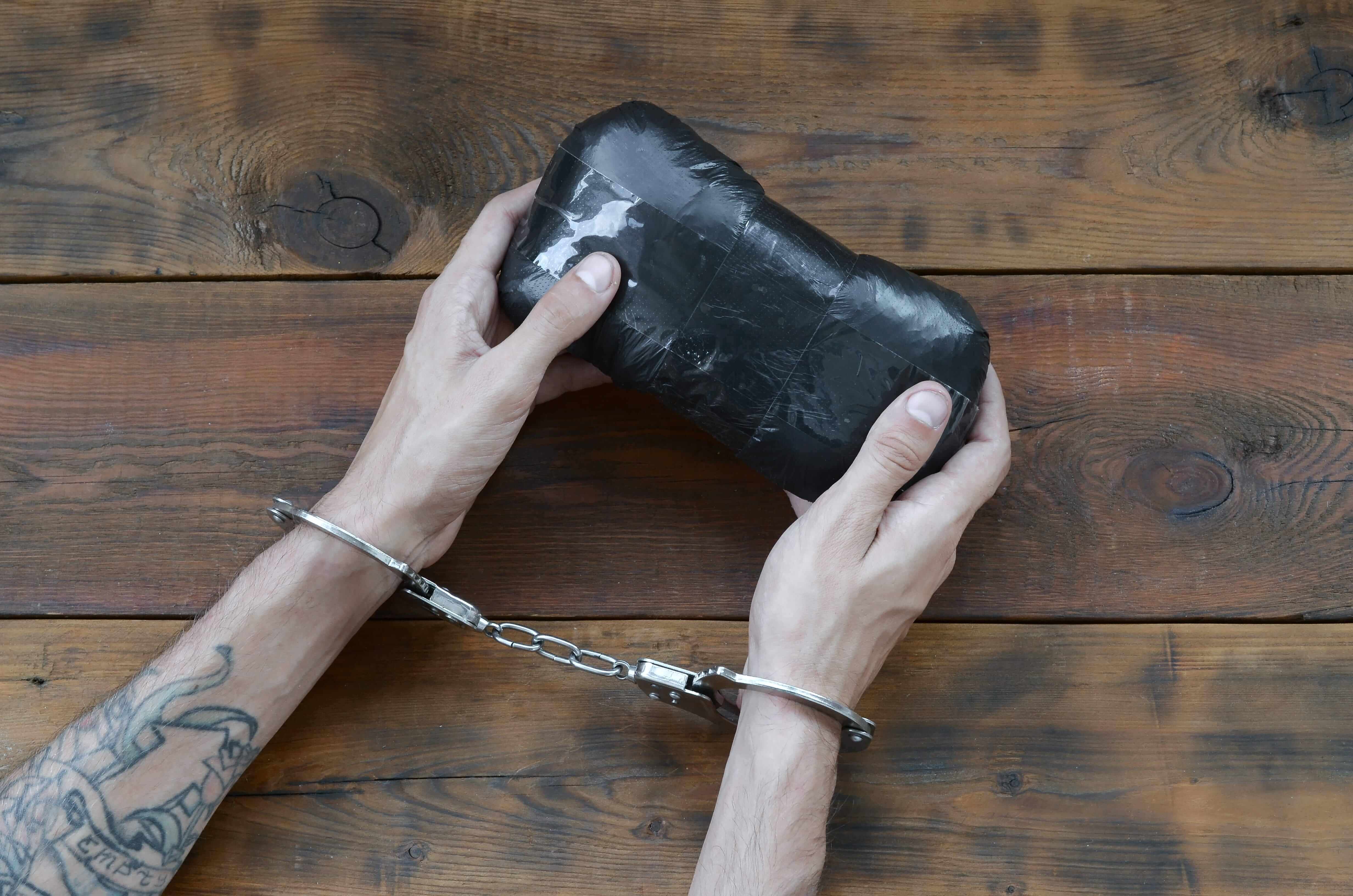 What kinds of illicit acts do they mostly engage in, and where do they operate?

CJNG is a multi-drug trafficking organization, but it is well known for its prolific methamphetamine production and importation of precursor chemicals from China and India. CJNG also hires scientists, and experts cook to create its own precursor chemicals, allowing it to grow into the manufacture and sale of fentanyl and heroin. CJNG has demonstrated a propensity to engage in violent conflicts with Mexican security forces and other cartels in order to fund its activities.

CJNG's aggressive growth strategy has resulted in high levels of bloodshed, notably in Ciudad Juarez and Tijuana, where it has competed with the Sinaloa cartel for control of the lucrative heroin trade and associated smuggling routes. The gang has also been tied to many mass graves in southwestern Mexico, as well as shooting down an army helicopter in 2015, the first successful takedown of a military asset of its sort in Mexico.

CJNG's efforts to control key ports on both the Pacific and Gulf Coasts have allowed it to centralize key components of the global narcotics supply chain. CJNG, in particular, claims control over the ports of Veracruz, Manzanillo, and Lázaro Cardenas, providing the group with access to precursor chemicals originating in China and other regions of Latin America. As a result, CJNG has been able to pursue an aggressive growth plan, which has been fueled by increased demand in the United States for Mexican methamphetamine, heroin, and fentanyl.

Drug cartels used to dominate the whole drug production, transportation, distribution, and laundering process for their drug proceeds for decades. Current Mexican DTOs, notably CJNG, are more willing to rely on foreign money brokers that participate in a combination of trade-based money laundering and black market peso exchange and are not tied to any one organization.

These brokers make money by arranging currency transactions between drug groups and businesses seeking to purchase money at a lower cost. Territorial battles between DTOs for control of a container terminal in Mexico or ports of entry along the US-Mexico border are common, but when it comes to money laundering, it is not uncommon to find a money broker moving illicit proceeds for the Sinaloa cartel in one transaction and then CJNG in the next, or a DTO working with a Hebrew money laundering organization in one transaction and an Arab network in the next.

In 2020, Mexico's Financial Intelligence Unit, a branch of the finance ministry responsible for detecting and preventing money laundering, said that it had requested that roughly 2,000 accounts reportedly tied to the violent Jalisco New Generation Cartel be frozen.

According to the report, Mexican officials worked with the DEA to discover "a considerable number of members of this criminal organization, as well as its main financial operators and firms utilized in money laundering."

In February 2021, Sanchez-Rios, the former owner and operator of a Martinsville business that was used to launder more than $4.3 million in proceeds for CJNG, was sentenced to 96 months in federal prison by U.S. District Court.

In October 2021, Under the Foreign Narcotics Kingpin Designation Act, OFAC imposed sanctions on four CJNG members for narcotics trafficking. The Act aims to prevent important international drug traffickers, their organizations, and agents from entering the US financial system and to stop any commerce and transactions between the traffickers and US corporations and individuals.

CJNG's leader, Nemesio Oseguera Cervantes' daughter pled guilty to financial interactions with identified Mexican entities in March 2021. She was sentenced to 30 months in jail in June 2021. His son was arrested in 2015 and appeared in court in February 2020 on narcotics trafficking charges in Washington, D.C. 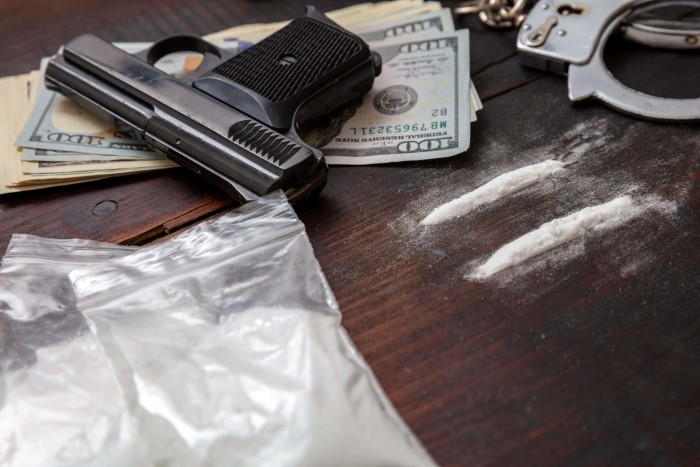 The Money Laundering, Terrorist Financing, and Transfer of Fund (Information on the Payer) Regulations apply to you if you are a bank or building society or if your firm engages in certain financial activities (such as investment managers or firms, e-money institutions, payment institutions, consumer credit firms, and others).

This implies that the FCA expects you to implement risk-based customer due diligence measures and take additional precautions to keep your services from being used for money laundering. Internal controls must also efficiently monitor and manage your company's compliance with anti-money laundering policies and procedures.

Fortunately, Sanction Scanner's AML service can help. It provides a comprehensive spectrum of risk-level checking services with exceptional match rates, AML - know your customer (KYC) solutions, enhanced due diligence, and much more. It's a quick, secure, and affordable way to confirm that you're adhering to your requirements and approaching AML from a risk-based approach.

For more information on how Sanction Scanner can help you navigate AML regulations, please contact us to learn more about our tools and request a demo.

The Biggest Fraud Trends to Watch For in 2023