40.3 million people become victims of human trafficking, with around $150 billion in profits annually, according to statistics shared by the International Labor Organization. For your imagination, the number refers to a group of men, women, and children more than the total population of Canada.

It is one of the most dynamic and fastest illicit areas under money laundering, drug trafficking, and terrorist activities. The two most common areas of human trafficking are the sexual exploitation of women and forced labor for men. Recruitment agencies are generally used as covers for organizational criminals to enmesh refugees. Because of the fact that migrants are more vulnerable to violence, emotional manipulation, and legal construction, they become the first victims of criminal organizations across the world. The majority of the cases show that the lack of legal identity documents is one of the first reasons which make them potential subjects for trafficking. In addition to criminal organizations, unfortunately, they are vulnerable to being used by officials during crossing borders illegally.

During the last decade, the issue was especially fed by the smuggling of migrants worldwide. We witnessed the phenomenon beginning to increase with the Syrian migration movement after the civil war and continues to grow with Ukrainian migration recently.

How does Migration Affect Human Trafficking? 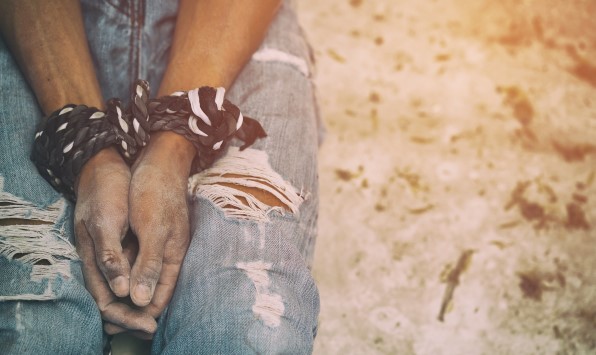 As mentioned above, human trafficking is one of the most common criminal activities to launder money both domestically and internationally. Although there is no reliable statistic about the number of refugees among trafficked people or the percentage of smuggled migrants, fluctuations display how massive migration movements increased the acceleration of human trafficking growth. Before the Syrian civil war, flows from Latin America to the North and Middle Easterners to Europe were discussed. However, these were not massive movements taking place over a short period.

On the other hand, Syrians were forced to immigrate almost as a nation because of the war to many different countries, especially in MENA and Europe. Unfortunately, these states' crossing border and migrant policies were hotly disputed as one of the causes that led to the smuggling of many Syrians. Specifically, separation of family members within borders resulted in more vulnerability for trafficking, as the cases showed.

Statista propounds that this refugee crisis includes more than 6.57 million people according to data for 2022, and Turkey hosts 56% of them. Many of the population in Turkey wanted to cross borders to disperse to different countries because of the economic conditions and intensity. However, strict policies and border militarization made them try other -illegal- routes, which generally ended with people smuggling, trafficking, or scamming at best.

A Recent Risk: Smuggling and Trafficking of Ukrainian Refugees 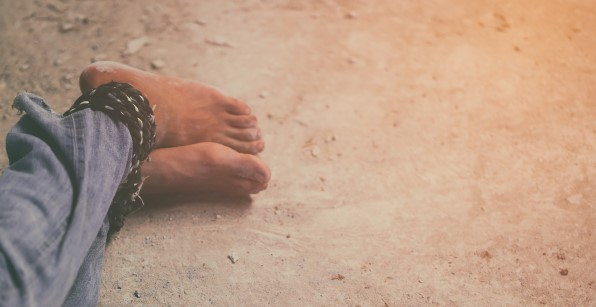 UNODC (United Nations Office on Drugs And Crime) mentions that “Migrants make up a significant share of the detected victims in most global regions: 65% in Western and Southern Europe, 60% in the Middle East, 55% in East Asia and the Pacific, 50% in Central and South-Eastern Europe, and 25% in North America” in the Global Report On Trafficking In Persons 2020.

Thanks to lessons learned by the Syrian crisis, many international agencies warned governments and those concerned entities about the possible risk of human trafficking after fleeing Ukraine. Some non-profit aid organizations have met with refugees at the borders since the war was raised. However, this is not enough as the UN Refugee Agency noted that “While the generosity and solidarity towards Ukrainian refugees has been inspiring, states must prevent predatory individuals and criminal networks from exploiting the situation.” There are some points that have no ready official administration to check potential risks while refugees cross into Poland. Like in the example of recruitment agencies, states are called to control meeting teams such as voluntary groups and NGO officials within the borders. Also, the immigrant registration procedure is essential to protect them from undocumented entrances. During the registration, they could be informed about possible risks, their legal status, and the next steps.

Massive migration, as a catalyst, composes a suitable place and provides potential subjects for human trafficking. The idea was proven by the Syrian case and strengthened by Ukrainian migration. Although the world was prepared better for this time, the risks still exist. When people migrate to another country in an emergency like war or terrorism, crossing ways are generally illegal. They do not find an opportunity to get permission to work or settle down and are open to threats via these conditions. Thus, human traffickers take to the stage and attract those refugees with promises to provide necessary documents, work, or a route to cross any border. Here, states are responsible for checking their status and preventing any attempt of smuggling and trafficking. Especially officials, voluntaries within borders, NGOs, and covered recruitment agencies in different sectors are suggested to be regularly inspected areas by UNODC, case studies, and literature.