What is the Money Laundering?

Money Laundering is actions aiming that the money that has been gathered illegally appears to have been obtained legitimately. In simpler terms, it is the process of turning the profit of illegal financial activity into a legitimate income. Money laundering, which is the process of concealing the proceeds of crime and integrating them into the legal financial system, is also a method used to hide the nature, source, location, situation, and movement of a crime or to give a legal image to the proceeds of crime.

Because of its veiled and underground nature, there is no exact data on the magnitude of laundered money. However, the reached numbers already give the idea of the big picture, which is an unfortunate situation for all.

International and regional authorities work to combat money laundering and financing terrorism. There are legislative constructions globally and locally to protect the public and businesses from this kind of criminal activity. Companies must comply with Anti-Money Laundering (AML) regulations to prevent the spreading of crime and to protect their business from financial and reputational hazards.

How Does Money Laundering Work?

Although there are many ways to launder money, new ones continue to be added to the list. The impact of global digitalization and rapid developments of technology widened the range during the last decades. Today, money laundering is sophisticated, complex, and hard to trace more than ever. Here, there are some traditional and novel methods of it;

• Terrorist Financing: It is the collection of money with both legal and illegal ways to finance terrorist group and their activities. Whereas most of money laundering methods depend on illicit money sources, this is listed here because of the area of usage of money. This type is generally detected by scanning names in the lists provided by states globally.

Although money and terrorist financing are two very similar crimes, there are some differences between them. However, these two crimes inevitably have consequences that deeply affect the country's economy.

The Evolution of Terrorist Financing in Europe

An important study on the phenomenon of terrorism in Europe has recently been published by RUSI EUROPE (Royal United Services Institute), an international security and defense research organization based in the UK.

• Corruption: This is one of the most common ways of money laundering with its illegal sources of money. Because of its nature, detection is the hardest step in the AML process of it. In many countries, high-level government officers, people in the roles of judiciary or legislative bodies, and police and military forces can be involved in corruption.

• Trafficking: Drug and human trafficking are the ways that have the most significant impact of money laundering on society. The line generally starts with third-world countries as suppliers and ends with developed countries. This method includes international connections and wires between businesses. FinCen states that 150 billion dollars are laundered via these industries annually. Syrian and Ukrainian migrations also affected the numbers. The refugees are vulnerable targets of traffickers.

• Crypto Currency: Digital assets have been involved in our daily and economic lives for ten years. They came with both advantages of technology and higher risks. Until the last one or two years, they were an open and attractive source for money laundering because of a lack of regulation and awareness. However, there is a global tendency to accelerate the process of including them in the legislative system. Additionally, some states consider them a beneficial source of investment. The UK takes steps aiming to be the first jurisdiction for companies working in this area.

• Cybercrimes: In recent years, sophisticated methods have been applied to fraud and laundering money. Social Engineering and Synthetic Identity Fraud are two of the most common methods under this title. Contrary to other types, cybercrimes are generally conducted by individuals, not by organizations. Like the cryptocurrency market, cybercrimes have risen by improvements in technology.

• Importation and Exportation: It is a method frequently used in Europe in recent years. It refers to the use of exporting or importing to any country on paper. The transfers of goods never happen, but money is laundered.

• Stock Market: Money can be laundered and displayed as a business by buying stocks or bonds through brokers. This is a unique type because large amounts are seen even though it is not an organizational crime.

• Luxury items: Especially antiques or paintings are taken with money that cannot be transferred. Later, these are sold against foreign currency, and money is laundered. Trading luxury items is one of the high-risk fields in terms of money laundering because of its usage as a cover for sources.

Electronic money provides an easy way to transfer value without revealing its identity, such as untraceable banknotes. P2P is the transfer between sides, which makes it even more difficult to detect black money. Money can be transferred or withdrawn when there is little or no residual. It can also be streamed through online auctions, sales, and gambling websites and converted into real, usable, and untraceable "clean" money.

The newest form of money laundering involves cryptocurrencies like Bitcoin. While not entirely anonymous, they are increasingly used in racketeering schemes, drug trafficking, and other criminal activities due to their relative anonymity compared to more traditional forms of currency.

What Should Businesses Do To Prevent Money Laundering?

• Risk assessment processes are important to identify the risks of the company.

• Tax evasion should be prevented in all steps, from production to consumption

• Financial transactions should be monitored, especially the anomalies

• Local governments should be fully authorized in the areas

• In the private sector, cartels should be prevented

• The underground economy should be reduced by eliminating tax-free earnings as much as possible.

• Companies must have a compliance officer or a team

• Businesses can protect themselves from financial crimes and strengthen AML compliance processes using AML software such as Sanction Scanner.

The Effect of Money Laundering on Society

If money laundering is not controlled and these crimes continue to be committed, this situation's social and political costs can be severe. In addition to these costs, money laundering's economic and political impact can weaken the social fabric, collective ethical standards, and ultimately the democratic institutions of society. In the countries transitioning to democratic systems, this criminal influence can undermine the transition process.

While there has been a significant increase in financial crimes, especially on the money laundering side, it has become very difficult for companies to survive with old, manual, and operational methods. At this very point, Sanction Scanner has implemented the Real-Time Customer Transaction Monitoring product, making it easier for companies to offer machine learning-supported software that allows companies to instantly monitor customers' transactions and determine other actions accordingly. It can detect suspicious financial actions and stop to investigate to protect your company.

Customer Risk Assessment product is developed to visualize strategy and risk management data. Companies can determine the risk levels of the customers based on their own rule sets in accordance with businesses’ needs and working areas, and they can regulate all related transactions mediated by their companies regarding this information. As a result of the evaluation, companies can strengthen the AML compliance of their businesses by learning more about their high-risk customers. 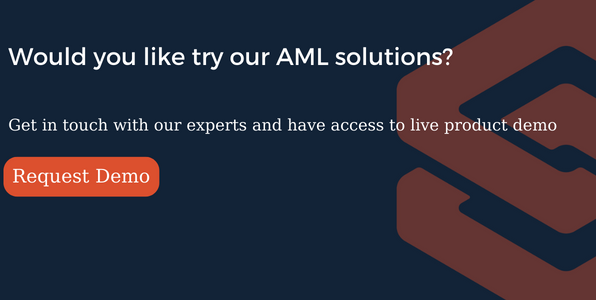