White-collar crime is an illegal activity for financial gain which is non-violent but economically hazardous. The main purpose of these crimes is to obtain money and property, avoid losing existing property or gain a personal or commercial advantage. It can cite many crimes as examples of white-collar crimes, including subordinate money laundering.

White-collar crime can include organizational crimes. At the end of the day, it can clearly say that they cause much bigger crimes than most criminals we call thieves and watch on the news every day, and they do quite a huge of damage to property with the money they kidnap or launder. So what is b>White-Collar Crime, actually?

What is White-Collar Crime?

White-collar crime, in other words, corporate crime, is a definition given to financially motivated but non-violent crimes committed by individuals, government professionals, and businesses.

Sociologist Edwin Sutherland described the term first in 1939. According to Sutherland, white-collar crime was defined as a crime committed by a respectable and high social status person during the profession. Before Sutherland introduced the concept, this was considered largely inadequate for the upper classes. Interestingly, when Sutherland published the first book on the topic, some of America's largest corporations also successfully sued for censoring the book. 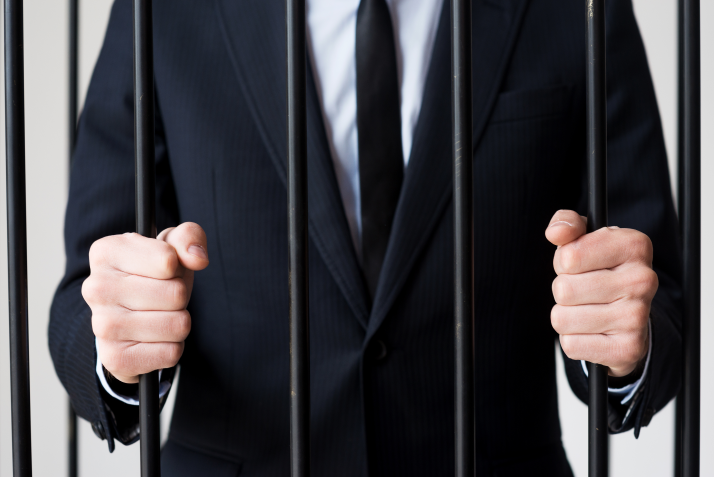 In addition to state security forces, some organizations such as the FBI, Commodity Futures Trading Commission, the Securities and Exchange Commission (SEC), the National Securities Vendors Association (NASD), Internal Revenue Service, and government officials in different bodies investigate white-collar crimes According to the FBI, a key agency investigating white-collar crimes, "these crimes are characterized by concealment, deception, or breach of trust". They have special teams to investigate them in local, regional, and international scopes.

The issue's spectrum has expanded since its definition was introduced and understood by society. The main reasons for this are that new technologies and increasing regulatory pressures in this field inspire new crimes. Looking back at the past, high-profile individuals convicted of white-collar crimes in decades include Ivan Boesky, Bernard Ebbers, Michael Milken, and Bernie Madoff.

White-collar crime refers to different methods of financial crimes that usually include non-violent ones. These are the most common examples of it.

It is common for white-collar employees to use bribes or facilitate payments to achieve business goals, resulting in reputational loss and severe penalties for companies. As of 2018, corruption costs the global economy $ 3.6 trillion each year, according to the world economic forum. At the end of the 20th century, bribery scandals gradually increased, leading some states to regulate these crimes by cross-border laws. Regulatory pressure in companies to prevent bribery has increased considerably within the framework of the regulations made.

Fraud is a broad criminal term used to deceive people to get their money. The most common method among fraud schemes is asking people to send money in small amounts and making them believe that they will receive more money in return. But of course, the sender of the money cannot receive his money many times, even the money he sends. This is a minimal example, but fraud is a serious crime, and people can lose all their assets because of it.

Ponzi schemes, securities fraud, and identity theft are other common methods of fraud. After recent developments in technology, there has been a rise in cybercrime. Companies endeavor to fight them and protect their businesses.

Insider trading represents trading for the benefit of the trader having material, non-public information that gives him an advantage in the financial markets. For example, a person working for a company may know that Company A is preparing to acquire Company B. The employee can purchase shares in Company B with the expectation that the company's shares will rise significantly when the acquisition becomes public. So here, he can completely turn the situation in his favor.

Embezzlement is a theft or theft crime, ranging from an employee taking a few dollars from a cash drawer to a complex scheme to transfer millions from a company's accounts to the embezzler's accounts. Here, a white-collar person can slowly smuggle money from the company's income to his own embezzlement, and he can turn all kinds of financial games to prevent this from being understood.

Espionage is typically a white-collar crime. For example, an A company wants to buy shares from company B and to facilitate this process, or A can make a deal with an employee of company A to understand the weaknesses of the company and cheat the price accordingly, and in return for this agreement he can make a payment to the employee.

Relationship with Other Types of Crime

Organized transnational crime is organized crime activity that takes place in national jurisdictions. With advances in technology, law enforcement and policymakers have had to respond to such crimes globally. Some examples include human trafficking, illegal arms trade, money laundering, drug trafficking, terrorism, and cybercrime.

Crimes related to national interests mainly consist of treason. "Offenses Related to Promoting Foreign Attack," it is a crime to communicate with strangers to cause foreign aggression or threat secretly. Crimes Related to Foreign Assault is the treason of cooperating positively with external aggression, at home and abroad, regardless of nationality. "Uprising Crimes" is internal betrayal.

The types of crime are a function of those available to the potential offender. Therefore, workers in relatively unskilled environments have fewer exploitation opportunities than workers in situations where large financial transactions occur. Blue-collar crime tends to be more pronounced and attracts more active attention from the police, such as vandalism or theft. In contrast, white-collar workers can combine legitimate and criminal behavior, making themselves less pronounced when committing crimes.

Thus, blue-collar crimes use more physical force. Simultaneously, in the corporate world, identifying a victim is less clear, and reporting is complicated by the culture of business secrecy to protect shareholder value. It is estimated that most white-collar crimes are not detected or, if detected, not reported. 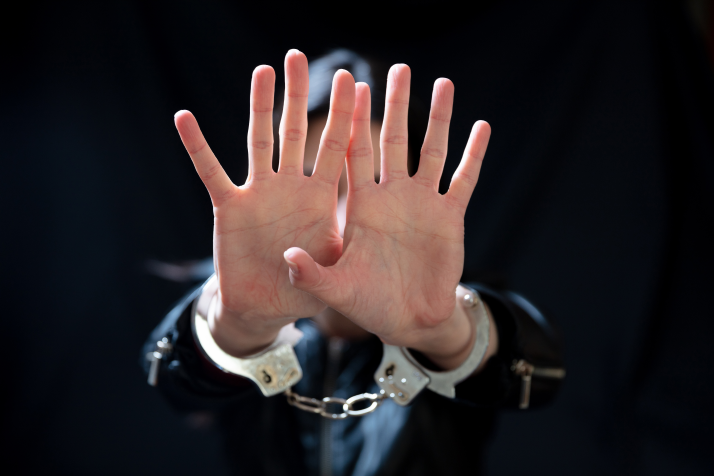 Blue-collar crime can refer to more violent acts such as murder, armed robbery, sexual assault, illegal gambling, prostitution, human trafficking, terrorist financing, drug trafficking. Blue-collar crimes are often easier to detect because they have a clear victim, and all actions taken are undoubtedly illegal. The thing is that the term blue-collar crime is not a legal term, but it is often used to compare illegal acts with white-collar crime.

According to the FBI, white-collar crime is known to cause damage to the United States, amounting to $ 300 billion a year. Although the government typically blames individuals for white-collar crimes, the government has the power to punish companies for these crimes. Penalties for white-collar offenses include fines, community arrest, home detention, paying the cost, restitution, controlled release, and imprisonment. The Federal Penalty Directives recommend longer prison terms when at least one victim suffers serious material damage. However, he takes the accused's responsibility for the crime and assists the authorities in their investigation.

White-collar crimes are generally detected through internal monitoring, audits, or reporting systems. Informants in corporate and international companies report internal irregularities via e-mail and telephone and initiate an internal investigation process. But of course, there are some problems. For example, in some companies, high-status professions are often self-regulated, and covering up and protecting criminals instead of punishing criminals may be a company's primary concern.

At this point, penalties imposed on disciplinary board members may include reprimand, suspension, temporary or permanent termination of licenses and memberships. Traditional criminal and administrative laws also prescribe special procedures and criminal provisions for such crimes. However, to avoid scandals and complaints in the media, many companies demand their employees' resignation responsible for irregularities. They may even offer annoying employees the chance to leave by agreement to avoid any scandal. But it is a fact that white-collar crime is just as serious as other crimes, damaging the sense of justice in an institution, affecting other company employees and society.

Unavoidable even in international companies with strict global compliance policies, white-collar crime is often used as a shortcut by employees who want to quickly move up their careers. Although white-collar crime benefits the person who committed the crime, it can cause irreparable damage to companies. Companies have to develop defense mechanisms against employees who abuse and cause material and moral damage to protect themselves.

For this reason, companies should take precautions from the very beginning to prevent white-collar crimes that are difficult to detect. One of these measures is applying personal due diligence practices to select the right candidates for the company and make ethical questions an indispensable element before recruitment takes place. Compliance experts in companies should be aware that it is of utmost importance to create a corporate culture and protect it from toxic employees. Accordingly, they should carry out the necessary risk assessments, carry out risk management , increase the measures and take the necessary action steps in advance.

An ethical culture can be developed within the framework of an effective compliance program and continuous improvement methods. Comprehensive risk analysis, effective audits, determination of key persons, effective implementation of internal complaints and disciplinary processes are essential elements in companies. As a result, it is important to implement control systems specially prepared for risk management, detecting and preventing crime opportunities, and protecting a company and its stakeholders from white-collar crime losses.

There are also white-collar crimes other than the ones known as blue-collar crimes, which we see in the news every day and define as true criminals. White-collar crimes are not innocent because they contain hazardous material and moral damages, even though they do not contain violence. A person's high rank, great career, and respect do not make the person's crime innocent. There may be some regulations in all countries to catch white-collar crimes, but the FBI comes to the fore, and it works very effectively to detect these crimes.

It is imperative to prevent these crimes in advance so that a company does not experience loss of reputation or money. At this point, regulators emphasize that Due Diligence measures and Know Your Employee should be taken before onboarding and recruitment to check their identities and criminal backgrounds. Apart from due diligence, these crimes can be prevented thanks to continuous risk management, company ethics, and discipline.