What is the Difference Between Rules and Regulations?

Blog / What is the Difference Between Rules and Regulations?

AML rules and regulations might be confusing even though they are pretty different. Simply they differ from each other in their purpose, whereas both must be followed. The reason why the two concepts are confused is that they have many similarities. For example, both are part of the constitution, and violating both concepts can result in penalties.

AML rules are guidelines and instructions for doing something right. It is created to manage behavior in an organization or country. They are like written principles. On the other hand, regulations are directives made in addition to the laws in a particular country. They are imposed to address gaps in the existing system. The main differences can be listed as follows:

• Rules are the set of instructions given to the public; AML regulations are rules accepted legally by the administration.

What Are the AML Rules and Regulations?

The AML rules' purpose is to help detect and report suspicious activities, including antecedents for money laundering and terrorist financing. The rules are flexible, as mentioned above. For this reason, regulations have a more important place in the AML sector.

Each country has its own AML regulations. The regulatory bodies impose AML regulations in their countries mandatorily. There are some major AML organizations regionally and globally supervising the sector.

Check Out our website to discover AML Regulations of Your Country

You can find your countries' regulations to combat financial crime here.

The United States has taken advanced steps to overcome money laundering and terrorism funding in the shadow of the September 11, 2001, terrorist attacks.

Playing a leading role in world finance, the United Kingdom is one of the most influential global actors fighting against money laundering and terrorist financing.

Some of AML Supervisory Bodies Across the World

The Financial Action Task Force (FATF) is an intergovernmental organization and has 36 members globally. FATF’s primary task is to set global standards for AML compliance. Its recommendations are internationally accepted standards against money laundering and terrorist financing. FATF's requirements are mainly to Know Your Customer (KYC), Customer Due Diligence (CDD) measures, regularly monitor suspicious financial activities, and impose effective sanctions against individuals and institutions that do not comply with these regulations.

European Union prepared some directives; 5th Money Laundering Directive (5AMLD) and 6th AMLD. The aim is to harmonize the AML / CFT legislation of the member states. It is is prepared by considering the risks the market faces and the potential to encounter and published periodically. There are six directives shared so far. EU had made some changes in these directives depending on when they were issued. For example, the 5th AMLD which is the directive that contains regulations against cryptocurrencies was published when there was an agenda for appreciating them.

The Financial Conduct Authority is the body responsible for regulating financial services in the UK. FCA operates independently from the UK government. It was established on 1 April 2013 to conduct related precautionary regulation concerning Part 1A of the Financial Services and Markets Act 2000 (FSMA). The establishment purpose of FCA is to regulate the behavior of financial firms and stability of the market. To achieve this goal, it has the powers to set AML rules; and implement, investigate and execute them.

The Bank Secrecy Act (BSA) is the United States of America's most crucial anti-money laundering regulation. The US Bank Secrecy Act (BSA) was implemented in 1970. Still, it continues to be one of the essential sources of regulation for American and global financial systems with wide-ranging effects across the sector. At the same time, BSA serves as a primary tool to obligate financial institutions to aid the government in efforts to Anti-Money Laundering (AML) and other financial crimes. Since its implementation, it's been amended several times. its roles in money laundering and financing terrorism is shared with the USA Patriot Act.

The Hong Kong Monetary Authority (HKMA) is a public agency established on April 1, 1993, as a central bank and Hong Kong's currency board. HKMA was established and started operations with the Office of the Commissioner of Banking and the Office of the Exchange Fund. It is responsible for Hong Kong's banking and monetary policy stability. The HKMA is accountable for anti-money laundering and combating terrorist financing. It ensures that financial institutions meet various ban requirements and develop the AML / CFT program. Under the HKMA AML policy, companies should pay attention to risk assessments, procedures, and compliance officers' training. 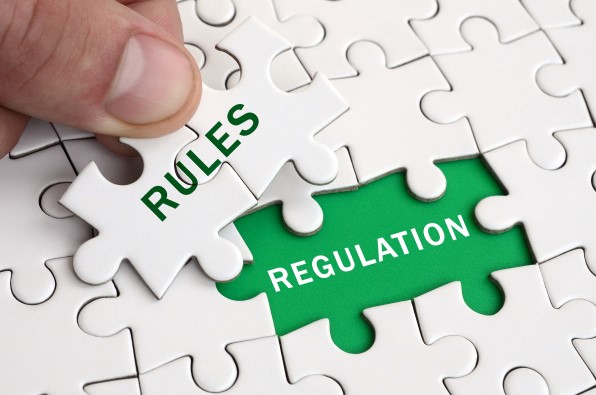 The Monetary Authority of Singapore (MAS) regulates the service and financial sector as the state's central bank. As a government agency, the MAS operates with a strict code of conduct and takes into account certain core values, including a commitment to professionalism, honesty, and fairness. It has been managing Singapore's financial development for over forty years, creating tactics and strategies that make it a top-notch hub for international finance. Among MAS duties are conducting monetary policy, supervising financial institutions, managing reserves, and assets, and improving Singapore's international economic situation. Financial institutions must comply with MAS's AML policies. The standards set by MAS are mainly; customer due diligence, know your customer, reporting, and monitoring.

The Australian Transaction Reports and Analysis Center (AUSTRAC) is the Australian government's primary financial intelligence agency. Its main task is to combat money and terrorist financing. In addition, AUSTRAC tries to detect criminal threats and gaps in the Australian financial system. The standards that companies are expected to comply with are mainly detection, monitoring, and reporting. As the Financial Intelligence Unit, AUSTRAC shares its findings locally and internationally with the required mass and law enforcement agencies. It is also involved in several national and state task forces that provide expert financial intelligence to national security and serious and organized crime international efforts.


With Sanction Scanner, you can scan your customer's more than 3000 thousand Sanction, PEP, and Adverse Media data during and after your customer's onboarding process to identify their risks. With Ongoing Monitoring, you can constantly monitor your risky customers. You can present them to regulatory authorities as evidence in audits by keeping the history of all scans and accessing historical records at any time. Meet Sanction Scanner today and protect yourself from regulatory penalties.
Twitter Facebook Linkedin